The stories of more than a thousand years of the history of Dubrovnik are reflected in every part of the city. Sometimes it may feel rather like a living museum – but you will find that it also has its own vibrant present. Part of the character of the City derives from the imposing presence of the medieval walls that surround it. A walk round these walls, almost two kilometres long, is perhaps the best way to get a first impression of Dubrovnik. A UNESCO World Heritage Site since 1979, Dubrovnik is sometimes considered to be primarily a cultural destination but it is also a place for a more relaxing holiday, for time spent on a beach, enjoying the warmth and clarity of the sea, to sit at a street cafe and let the world pass by, to find a small back street restaurant with the best of fresh local produce. 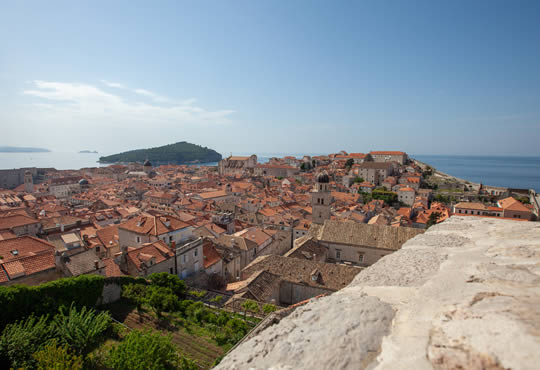 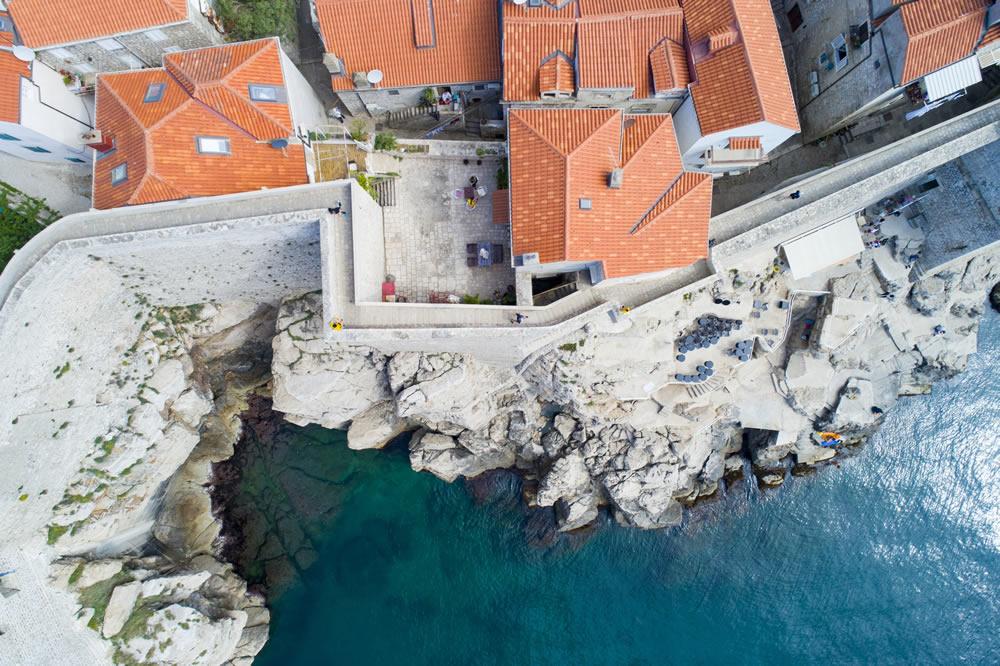 The Dubrovnik city walls are the major attraction for visitors and one of the best preserved fortification complexes in Europe. The 1940-metre long walls include 5 forts and 16 towers and bastions used for the defence of the Dubrovnik Republic. Although we can trace their origins back to the 9th century, the stone walls were built during the 14th and 15th ct., and were extended till the 17th ct. During the history, there was at least a dozen huge sieges, but no hostile army ever breached the walls. Even the devastating earthquake of 1667 that took over 5000 lives and levelled most of the buildings in the Old Town, didn't cause much damage to the walls.. 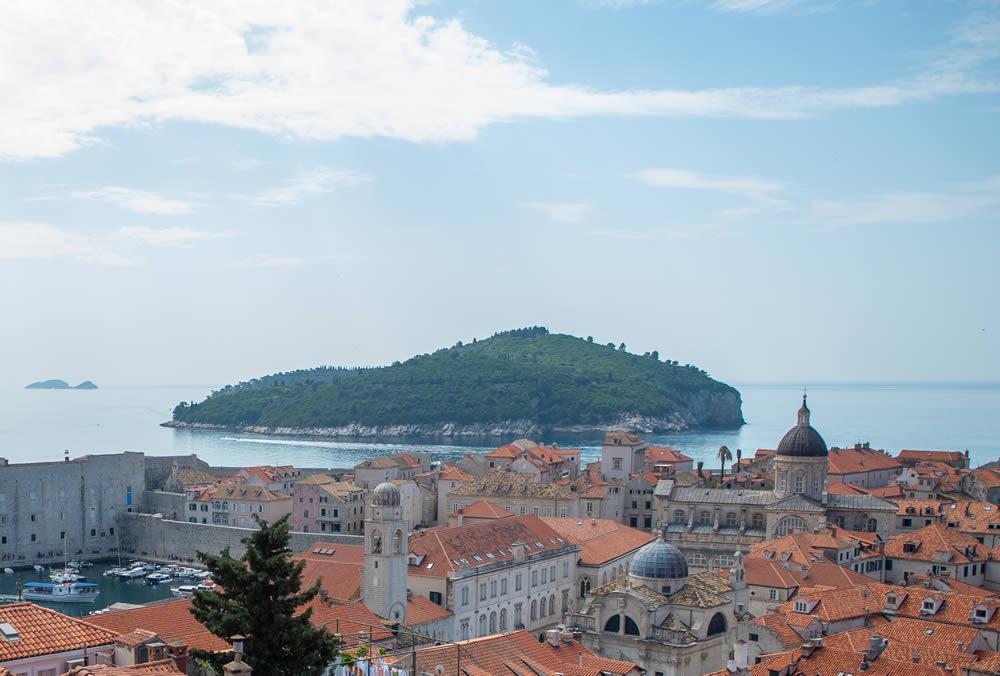 Departure address: Dubrovnik City Harbour
Departure time: 10am to 4pm, on the hour

The first records of Lokrum from 1023 mention it as the venue of the foundation of a Benedictine Abbey and Monastery. Legend has it that after a shipwreck on his way back from the Crusade in Palestine, Richard the Lionheart found shelter there in 1192. As a sign of gratitude, he provided the money for the continuation of the building of the cathedral within the city. In 1839 Maximilian von Habsburg bought the island and built his summer residence with a magnificent garden, walking paths and promenades. Other attractions include a small lake called Dead Sea, star-shaped Fort Royal, and last but not least, Game Of Thrones Museum, where you can sit on the Iron Throne. 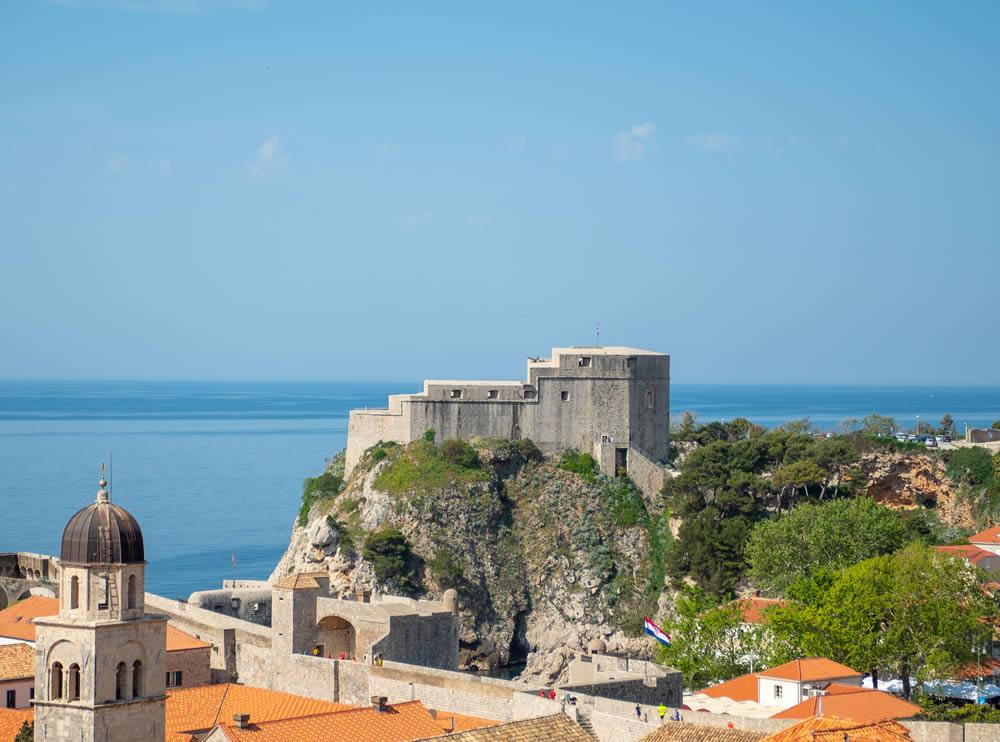 Lovrijenac Fort is situated to the west of the Old City on a 37 metre-high rock. The symbol of Dubrovnik’s survival and freedom was used for the defence of the city. Above the entrance is the famed inscription: NON BENE PRO TOTO LIBERTAS VENDITUR AURO (Freedom is not to be sold for all the world’s gold). The first official records mention the fort in 1301, although it is believed that its construction began earlier. Today Lovrijenac is well-known as one of the Dubrovnik Summer Festival open-air venues, as well as the Red Keep fortress in globally popular Game of Thrones TV series. 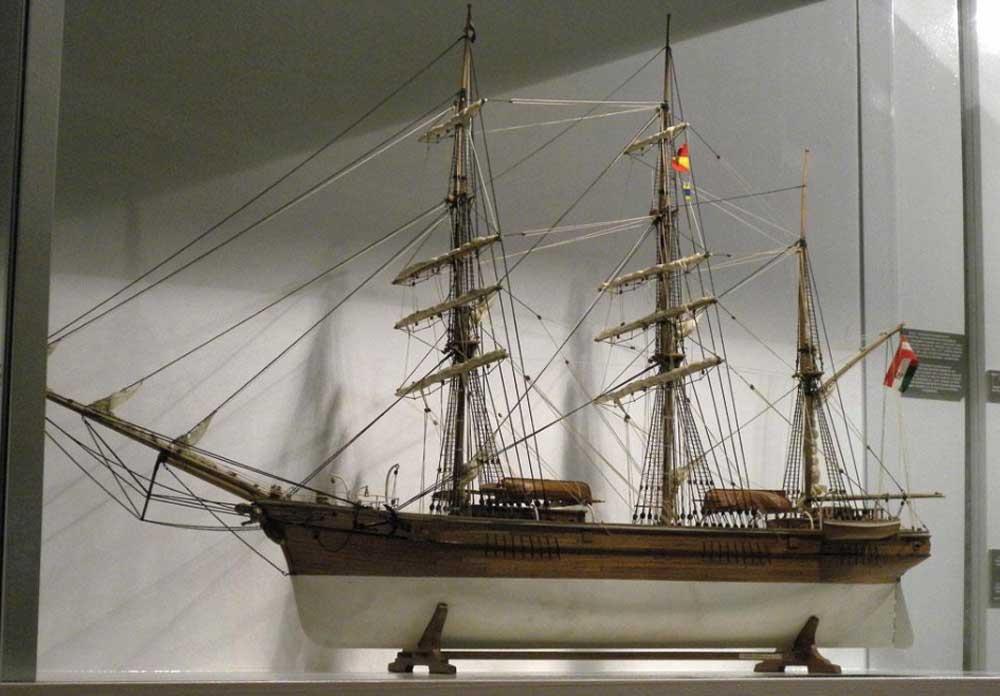 The museum is located in the St Johns Fortress. The exhibits give an overview of the development of Dubrovnik maritime trade and shipbuilding from its beginning to the fall of the Dubrovnik Republic, the resurgence of maritime trade in Dubrovnik and on the Pelješac peninsula during the 19th century, as well as the fleet of Dubrovnik steamships up until World War II and later. 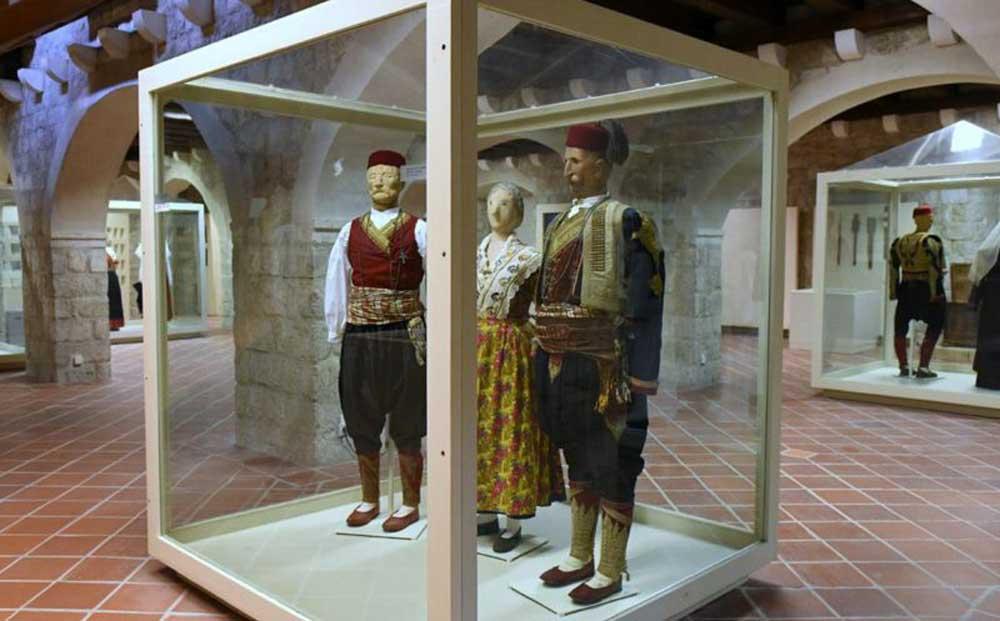 The Ethnographic Museum is located in an old granary dating back to 16th century. The Dubrovnik Republic kept all the state reserves of wheat, barley and millet in deep silos called ‘Rupe’ ("Holes"), carved out of stone and coated with a water-proof material that kept the grain at a temperature of 17ºC. Here you can see exhibits relating to the traditional rural economy and architecture of the Dubrovnik region and examples of folk costumes and textile handwork. 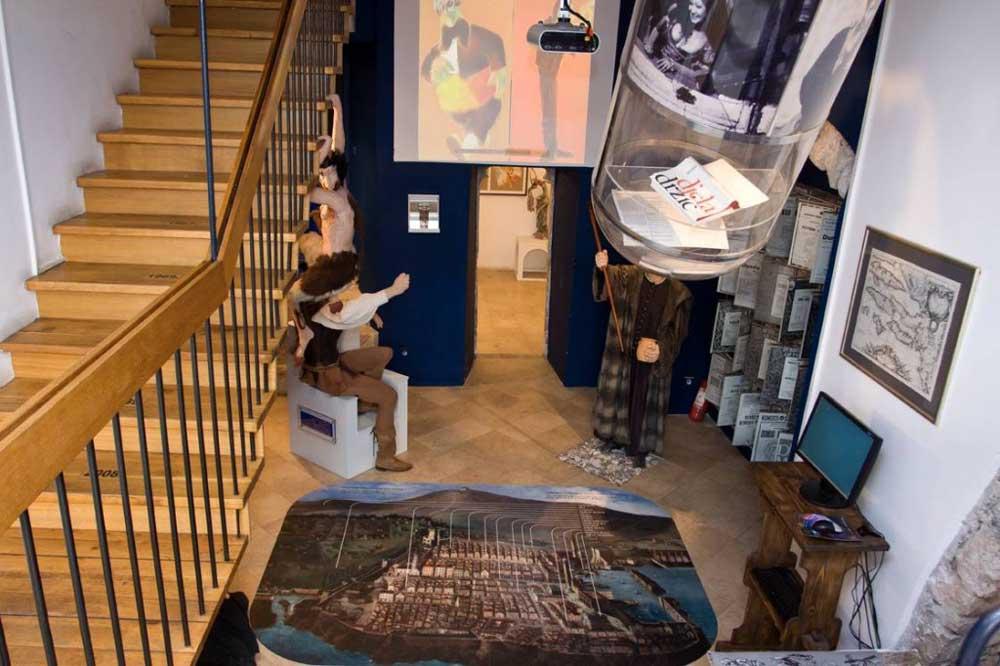 The Home of Marin Drzic

Become familiar with the life and works of the greatest Croatian Renaissance comedy writer from Dubrovnik, Marin Drzic, through an interesting and modern audiovisual presentation. 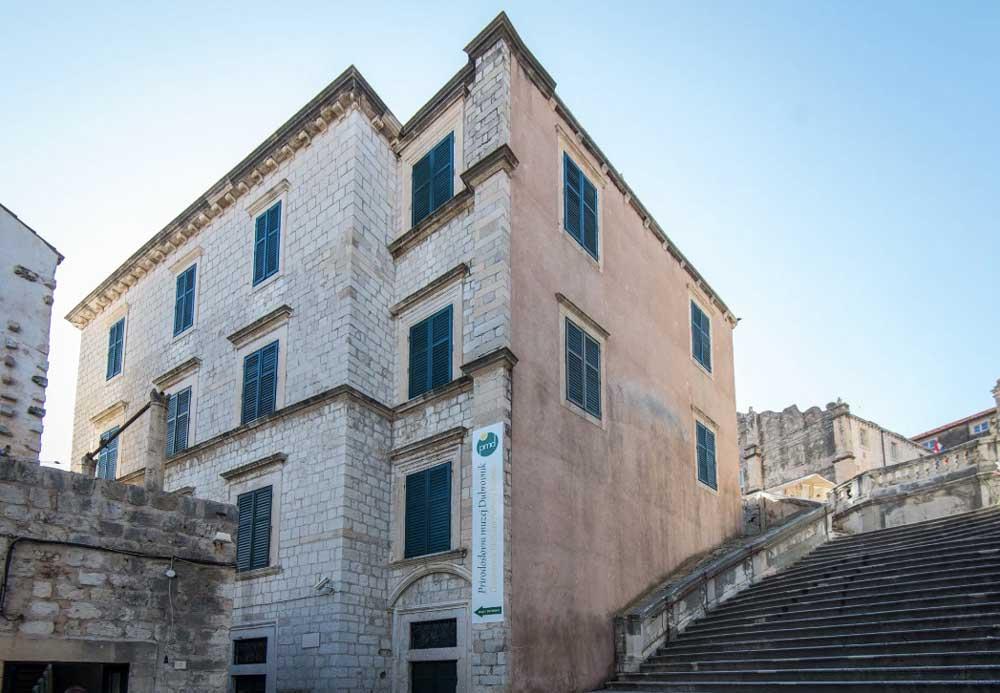 The beginnings of natural science activity in Dubrovnik go back to 1872, when the Dubrovnik Museo Patrio was founded. In addition to the Chamber of Trade and Crafts Collection, the museum is based on the private natural science collection of the apothecary and ship-owner Antun Drobac. 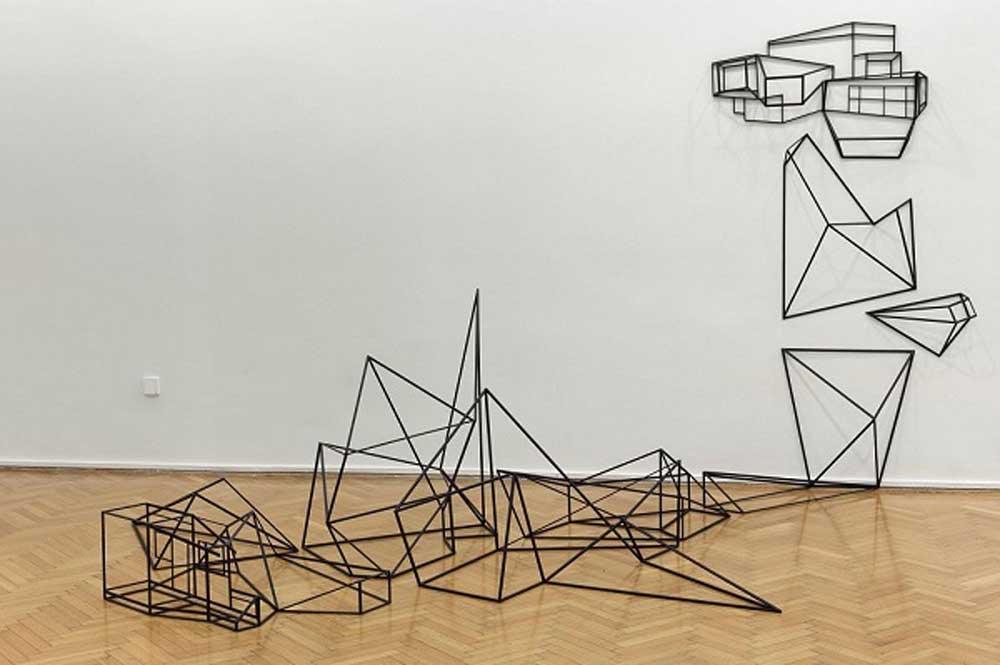 The Museum of Modern Art Dubrovnik has managed to assemble a valuable collection of 3,000 artworks, which includes visual art, sculpture, painting and prints, collections of photographs, video works and artistic installations. 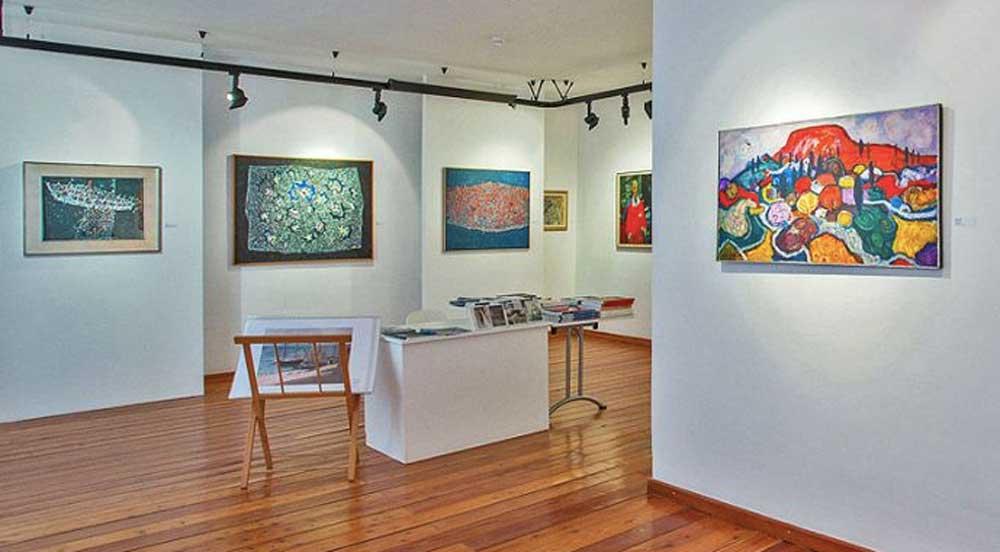 The Dulcic / Masle / Pulitika Gallery was opened to serve as a memorial to Ronald Brown, American Commerce Secretary, who died in an plane crash near Dubrovnik in 1996. Here the public can appreciate the works of three important Dubrovnik artists – Ivo Dulcic, Antun Masle and Djuro Pulitika. 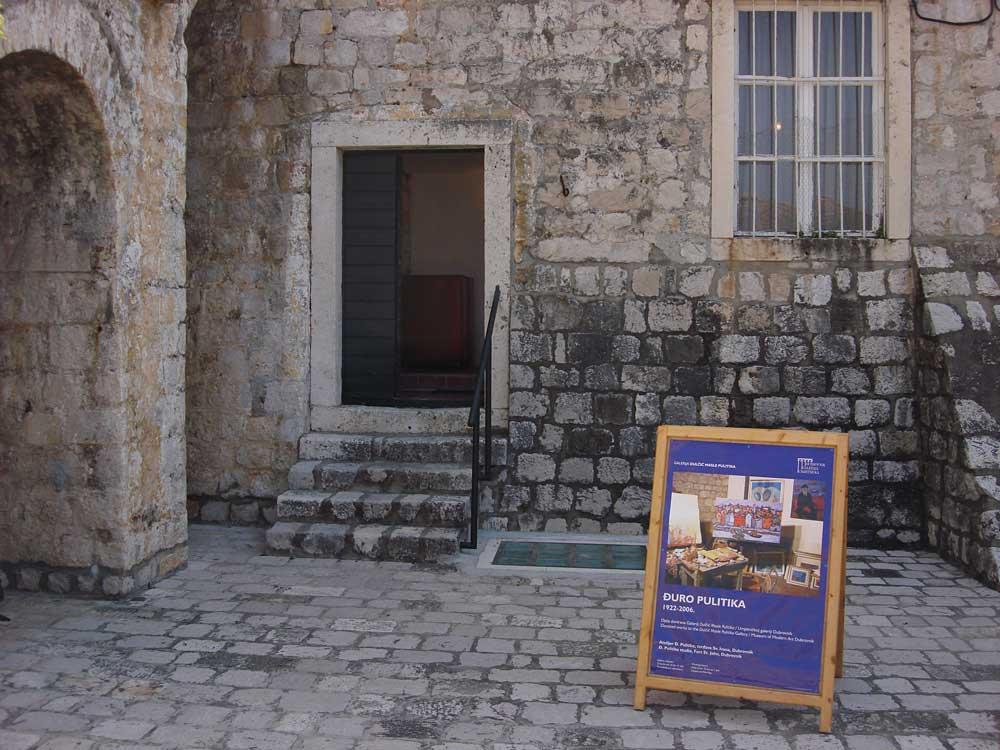 Studio contains numerous artworks by renowned Dubrovnik's painter Djuro Pulitika, donated by the artist himself prior to his death in 2006. 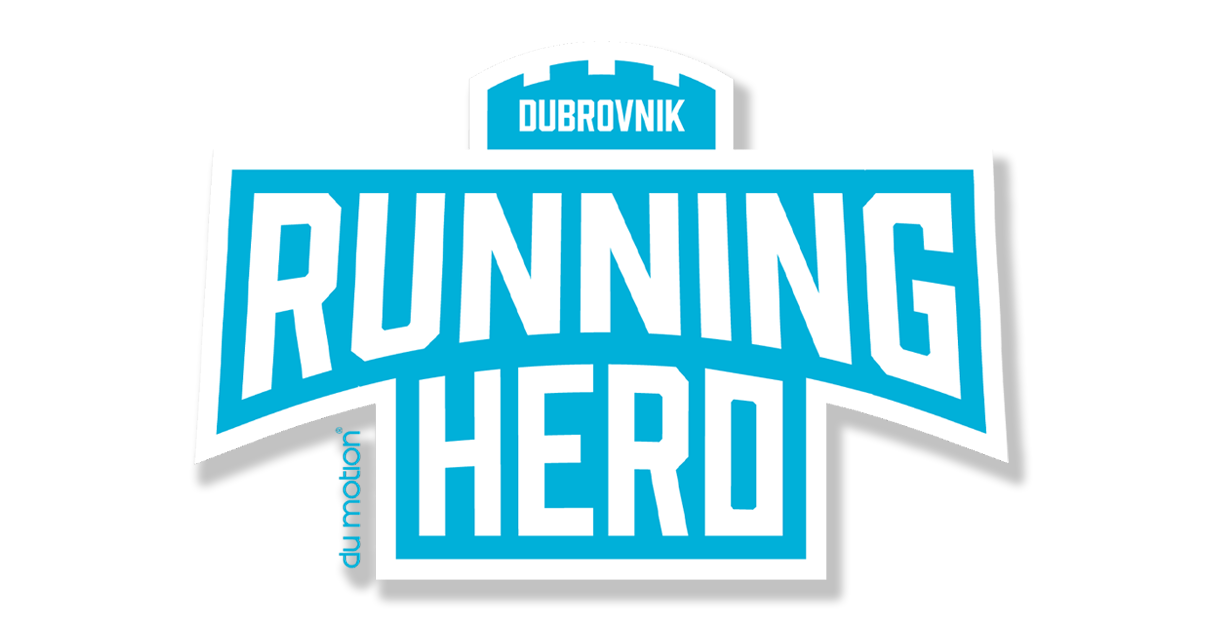 Join the next edition of
Du Motion In Dubrovnik!